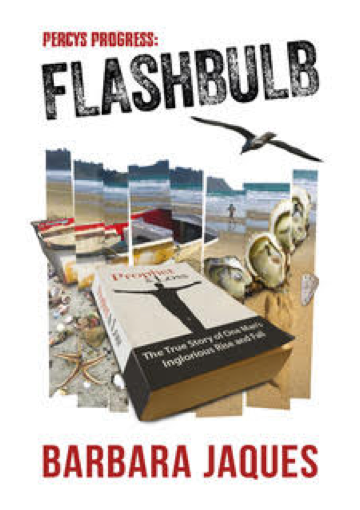 Love him or hate him, Percy Field is venturing from British shores once more. The first time he left he was heading for Singapore hoping to save his marriage. This time Percy’s goal is equally unlikely. Whiling away the days on the New Zealand island of Waiheke, how can life and love move on when even the past has become inaccessible?

Percy Field was waiting at Changi airport en route to Auckland, New Zealand. Joyann Tan had appeared from nowhere, a delightful vision of calm emerging from the crowd. It was when she’d smiled her unmistakable smile and mouthed his name that the mirage had faded. As real as all the other passengers at the gate, she was infinitely less annoying.

Joyann rested her hands on the extended handle of her silver pull-along case. They’d been talking for some time. She frowned, lightly. ‘How long have we known each other, Percy?’

‘Yes. Eight. For two of those years we spent so much time together. I find it very strange that you cannot recall our many visits to Haw Par Villa. Perhaps you are not being entirely honest, because I cannot believe it is so long ago you have forgotten. How could you ever forget that time? How would anyone forget even a single visit to such a place?’

Percy stared at her smooth face, pretty dark eyes sparkling with life, and delighted in her Singaporean accent. It had been too long since he’d heard it and though they’d been chatting for twenty minutes now, it stood out to him. It was special.

He did have several recollections of going there with her and a few others, but nothing like she was suggesting. For whatever reason, Joyann was implying Haw Par Villa should hold a place in his heart. Percy had come to know that his heart was not made that way.

‘Three enormous gods, Percy? The giant gorilla? Lobster? Life sized scenes? One of those scenes showed Monkey and Pigsy, who you said were part of your childhood? Percy! Come on. You must remember? I do not believe you.’

He’d already agreed that he could remember. What more did she want from him? How could anyone forget the oversized effigies, or the dark tunnel housing the horrific Ten Courts of Hell? Seeing a depiction of a person being ground beneath a giant millstone for ripping a book was not easily forgotten. Or maybe it was, because now he thought about it, the punishment for that particular sin was to be sawn in half. On a brighter note, the delicious red-bean and green tea ice lollies from the café were never to be forgotten.

But she was saying something more and this he could not understand. She was suggesting Haw Par Villa was an extraordinary place where exceptional things had happened. To him, it was not.

‘Percy Field. Eight years and you still frustrate me!’

Maybe she was annoying after all, Percy thought, just like everyone else herding rudely around the gate and hogging seats with their bags, bums and babies. It had struck him that they were talking in circles for no obvious reason. ‘Why do you want to know anyway?’ he asked.

Her expression changed. She was hesitating now, he noticed; pushing strands of black hair from her face. Percy stopped himself from smoothing his short fair hair flat and mimicking her. ‘Joyann?’

‘Percy, someone was found there yesterday. Someone you know. I was planning to call you once I was settled at my hotel. I did not expect to see you in person. A surprise indeed, Percy Field.’

‘Someone was found. At Haw par Villa?’

Restless passengers were beginning to form a queue ready for boarding and Joyann moved to sit down as two seats became vacant. Percy eyed these few impatient people. What was the point? They wouldn’t get there any sooner.

‘I really am so sorry, Percy.’

He wished she would stop. ‘I know. But who?’

There was a pause, and then Joyann revealed that it was Trudy.

‘As in plastic Trudy? Selling sarongs from Bali Trudy?’

‘Yes!’ Joyann was a gentle person, but the word was edged with irritability. ‘How many Trudy’s did you know in Singapore?’ She paused and took a breath, ‘I am so sorry, Percy. I did not mean to snap at y–’

‘What happened?’ Percy’s insides felt normal again. It was only Trudy.

She told him that she did not know any details. Norman Sullivan had been in touch to give her the news, which had surprised Joyann since she had not really known her. ‘I think he wanted to share it with someone. Someone from back then. He had just found out and was very shocked.’

Percy resisted asking what back then meant, in case Joyann kicked off again about Haw Par Villa.

For a short moment Joyann said nothing more. She gave a quiet sigh and looked about her, as if inspecting all those preparing to share the flight. Percy did the same, mulling over the news. Of course he was sorry someone was dead. Sorry for their family, sorry for a life cut short, sorry for the unfortunate person who’d found her. But the fact this someone was Trudy meant nothing to him.

He only vaguely recalled her, and how she appeared fond of him no matter what he said or did. Best remembered were her stereotypical features. She’d bought the same face that all lovers of surgery and Botox bought. A standard pack: nose this way, lips that way, smooth forehead with shine built-in free of charge. Percy’s ex-wife, Sal, wore it; that identical inanimate mask which could make a peeled potato seem expressive. At least, Sal had looked that way the last time he’d seen her, just before he’d left Singapore. She probably still looked the same. After all, wasn’t that the point? Brown eyes; Trudy had the same sort of brown eyes as Sal, like a Jersey cow. But her hair was also brown, not blond.

His thoughts were interrupted by an announcement for all business class passengers to begin boarding. Joyann stood up. ‘This is me,’ she said. ‘You were not tempted to stop over in Singapore and catch up with anyone? Perhaps see Sal?’

‘Why would I want to see my ex-wife?’

‘I was just asking. I see her from time to time, because of Lucas,’ Joyann moved away, ‘although it is very rare. Lucas has been traveling between the houses by himself for a long time now. Of course, I do run into his father from time to time. But I suppose it is different when you have a child connecting you. It is bound to happen.’

‘Sal and Ethan have two of their own now. I suppose you knew that. Lucas enjoys his step-siblings.’

Percy remained seated. He did not want to talk about his ex-wife, her ex-husband or their family arrangements. Why had she chosen to ask about it? It was gone. A time dead to him. ‘I’ll come and join you for a glass of champagne. I’m in cattle class.’

‘I think they will not let you,’ she said. ‘Quite strict. I can come back and find you, if you would like. We have many hours to fill.’

Percy thought of the thirteen hours already spent on the plane, and the annoyance he’d felt learning that he was required to disembark and wait before going on to New Zealand. Some dull person in a Christmas jumper had commented it would make for a nice leg-stretch. Percy thought it was just an excuse to make them uncomfortable so they might better appreciate the second half of the flight. He’d been expecting to wait on board.

He wasn’t sure if he could be bothered to talk, even to someone he liked as much as Joyann, not if it meant her hovering in the aisle next to him. Not if she was going to rake over the past, and certainly not when he could be peacefully drinking wine and staring at the small screen set into the back of the seat in front. There was still half of a marginally enjoyable movie to watch.

Percy smiled, ‘Why don’t we plan to meet up on the other side? Catch up at passport control?’ Another issue, aside from topic of conversation and the loitering thing, would be a cricked neck from turning to look at her.

‘Do you often catch up with people at passport control?’

‘Okay. When we get our luggage? By the carousel. Unless you’re just hand-luggage? Travelling light.’

Joyann laughed as if this question did not require an answer. ‘Where are you staying, Percy?’

He hesitated, reluctant to admit that he had nowhere to stay, although he knew exactly where he was going. ‘Why, where are you staying?’

‘I need to look it up again. My memory is terrible. A nice hotel, very central.’

‘Okay. Then let’s catch up at luggage reclaim and head there together. I’ve got a bag even if you haven’t. We can have a glass of something in the hotel bar if you’ve still got the energy.’

‘Me have the energy? You are still a very cheeky man. I have a bed waiting for me on this plane, so will certainly be feeling a good deal brighter than you when we land. I wish you a comfortable flight sitting up and hope the food is not too bad back there amongst the cattle. I hope they do not just scatter juicy green clover for you all.’ She grinned as she sorted her documents.

Juicy green clover? Typical Joyann. She couldn’t just say grass, or better still, simply, ‘Have a good flight.’ Her allusion to food, albeit unusual, made Percy realise that he was ravenous. He sighed, ‘Joyann, I imagine your meal will be better, if only because you’ll have enough space to push it away.’

Catering on the first leg of his journey had been highly disappointing. Chicken breast plainly poached with steamed vegetables, all piquantly tainted with just the hint of packaging. He’d forced half of it down into his hungry belly before giving up. It was punishment for following the rules, for adhering to the gluten-free diet he’d had thrust upon him some years before; fashionable these days and so therefore not only annoying but infinitely more embarrassing than it ever was.

Her smile widened. ‘Good to see you again, Percy. A very nice surprise. Take care. I will see you by the luggage. You will recognise me as I will be the one without any, apart from this.’ She indicated her case. ‘Goodness, I can hardly believe it. You. Here. So funny.’

‘You’ll probably see me again in about ten minutes when I walk past while you’re glugging champagne.’

‘Ah, but I will have to ignore you,’ she said, as she walked away. ‘I cannot be seen mixing with the likes of you, even if you were once a god amongst men.’

He laughed, and then as her final words settled about him, found he wasn’t laughing anymore.