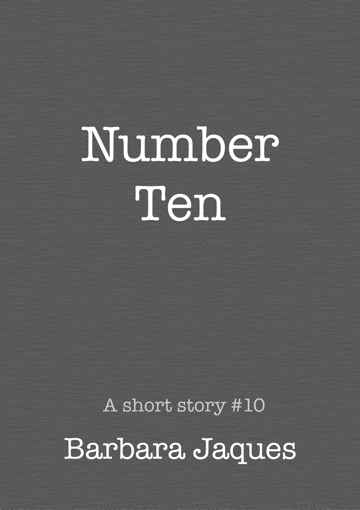 He noticed her struggling to find a break in the traffic. What if this was his own elderly mother, wouldn’t he expect someone to help?

A few quick strides and Chip was standing next to her, ‘Help you cross?’

‘Would you? My legs aren’t what they used to be.’

She rolled her eyes, grimaced and looked away. Still smiling at his own joke, Chip stepped off the kerb, holding the old lady steady. But the ground was uneven and his ankle rolled. Pain seared; Chip grunted. She laughed. A delayed reaction to the joke, he decided, since cruelty wasn’t possible in someone this sweet-looking.

The old lady kept moving, taking him with her, traffic pausing around them. Forced to keep going and in agony, Chip and the pensioner crossed. He felt sick with pain. Now faced with stepping up onto the next kerb, she hesitated. Already the traffic was moving faster again, and someone tooted their horn; another old lady, waving her tiny fist from behind the wheel of a huge old Mercedes. The elderly were not what they once were, Chip thought. Cheeky bastards the lot of them.

Once safely on the pavement, her bony fingers squeezed a thank you. Chip felt guilty for thinking mean things, smiled and said it was no problem. Except it was. Not only had he twisted his ankle, the bus he’d been waiting for had just sailed straight past the stop. There were no more for an hour. But if he could manage to cross over again and walk around the corner, the Number Ten was due in twenty minutes. He hopped and lurched back through the chaos of traffic.

The Number Ten was on time. Ankle throbbing, Chip carefully climbed aboard and flopped into the nearest seat. Now he had something else to discuss with the doctor, aside from his chronic breath problems, though today he felt the smell wasn’t too bad.

A late passenger swung noisily through the closing doors, and the driver shouted. The next few minutes were spent with the driver trying to placate the young man, who was angry at being shouted at. The young man kept trying to draw Chip into the row, using encouraging glances that said, agree with me. Chip did his best to appear insignificant. Privately, he did agree that the young man was perfectly capable of doing what he had done, but he also agreed with the driver that it was potentially dangerous. Chip knew that the bus had been heading off one minute early. He didn’t say any of it. Helping old ladies was one thing, settling a row between two large angry men was quite another.

Several minutes behind schedule, with more passengers boarded, the Number Ten set off. A pretty young woman had calmed things down. Now, the angry young man was alone, sulking. Arriving quickly at the main road the bus swung out and round, fast. Chip saw a person in the road and thought the driver would see them too. It was her, his own old lady, already making her way back. Chip cried out and the bus braked.

Pip had left the apartment fast, but things had not run smoothly from the moment she’d chosen to stop for a coffee ahead of the catching the bus. The coffee was poor, cake dry, the cost astronomical. By the time she’d got to the stop, the fast-bus on the main road had already left. Her only hope was the Number Ten picking up from around the corner. In terms of timing, even that had been a long shot. Yet here it was, delayed with some kind of row going on. Hot from rushing, Pip threw herself into the nearest seat and unzipped her jacket. The driver was threatening to press a button and alert security if the angry young man did not sit down and be quiet. Security, Pip thought? Who? The police? They’d hardly be bothered with something like this. But she could not afford to take the chance.

‘Hey,’ she said to the young man, still squaring up to the driver, ‘tough day?’

‘You might say that. And this dick won’t get moving.’

‘I know how you feel. Sit with me, if you want. Always happy to listen. Or not, if you’d prefer.’ She realised then that she knew his face. It was his apartment she had been in; his money she had taken, his photos on the phone and laptop in her bag.

Without comment, the young man chose to sit by himself and the bus moved off. Pip felt the driver’s irritation as the great vehicle hurled into the flow of traffic. Then there was a shout and the bus slammed to a halt. Pip was thrown from her seat onto the chrome bar in front of her. When she righted herself and took in what had happened, she saw the driver was motionless, appearing glued to his seat. A voice was shouting for him to open the doors. Outside, people were rushing.

A man limped across the aisle and pressed the emergency button to open the doors. He glanced at her, ‘We’ve hit someone.’

Deryl could not see how his day could get any worse. The burglary, having to find a public phone, having to go to the station because no one was free to come to him, the angry driver, and now this. It felt deliberate. Perhaps when he finally made it to the station, they would arrest him for looking vaguely like some criminal or another. That would finish the day perfectly. They wouldn’t investigate the burglary of course. No taking of fingerprints or photographs, no looking for shoe marks or asking neighbours he did not yet know pertinent questions. Come down and we’ll go from there, they’d said. Well, easier said than done, as it turned out.

The pretty young woman had been nice. But he couldn’t face sharing the news of his morning with a stranger, filling her head with the depressing details. Bus stopped, he watched the limp guy limping. Limp through and through. He had not offered his support when the driver had been rude, hiding his face instead. Better to be quiet or side with authority than side with an angry young man, even if the angry young man was right. It was safer. If the driver had told the pretty young woman she had nice tits, the guy would have hidden just the same. Deryl would have punched his lights out.

But now here Deryl was himself, not getting off the bus to help when already limp-guy was. Should he get off too? The pretty girl had gone already, as fast as she could. He decided he would, though there was nothing he could do except direct traffic. He couldn’t even call for an ambulance. The driver remained in his seat, silent and staring.

All around, cars and lorries were stopped, backed up each way for as far as Deryl could see. Limp-guy was kneeling and crying by a mound of what looked like an old lady. As Deryl watched, whoever was administering CPR stopped, rocked back on his heels and shook his head. A wide scarf was then draped over her face. Deryl got back on the bus. Against impossible odds, the day had got worse. He looked to the driver, now with a face like death himself.

‘You okay?’ What else could he say?

The driver got up from his seat and, passing close to the angry young man, stepped outside. He looked across to the group of strangers; like vultures, he thought, feeding on drama. The funny little guy with a limp was collapsed on the ground and wailing that he should never have helped her in the first place. The pretty girl with the nice tits who didn’t pay for her ticket was nowhere to be seen.

The scene was surreal, the sounds of the city oddly muted. A police officer was approaching. Their eyes locked. The driver felt nothing but relief. But he did not move. He stared at the old lady on the ground and the colourful scarf hiding mortality. He heard the police officer inviting him to get back on the bus, so they could talk.

‘Not in your car?’ the driver asked.

But the driver did not move. His mind was on those moving around the scene; people for whom the day had just altered. Events were like that, he knew. One missed appointment, an injury, late for this, early for that, and the day was different, though it was impossible to determine how with any precision. All bus drivers knew this because it was bus drivers who were held responsible. On this occasion, this was a correct view. The young man had argued about jumping on and then shouted at him to hurry up. He had not. Because the bus was running late an event had occurred.

The driver stood fast, staring at the lifeless body. ‘Can I see?’

The driver pushed himself forward anyway. The officer’s hand touched his shoulder but did not stop him. ‘Best not,’ he said again.

Closer to the body now, the driver allowed his face to show tension, letting his eyes fill with tears. And then he let his mouth say the words he’d been hoping to say for so long. ‘Oh God, no! Oh God. Not mother!’

The hand on his shoulder pulled at him, tugging him close to stiff dark fabric, buttons and badges. ‘I’m so sorry.’

The driver made himself sob. No more bus driving. No more struggling to get by. No more grief from her. Blame at first but then just a beautiful sort of pity. Poor man. Imagine knocking down your own mother. Poor, poor man. How will he live with himself? The answer was he would live very well, with sympathy, support, and a good deal of money.